Josebe (88) lives in a nursing home in Santiago, Chile. She’s obsessed with knowing where the rest of the elderly residents come from. Everyone tell her they are Chilean, not Spaniard, as she is. Josebe insists on talking about her youth in the Basque Country. After a full year there, she struggles to remember that she is living in a nursing home. Despite 70 years in Chile, she still remembers vividly her Basque homeland. 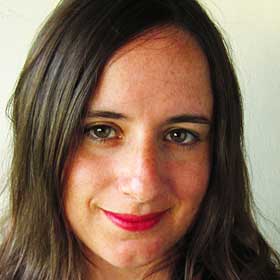 Maite Alberdi studied Film and Aesthetics at Universidad Católica de Chile. As a director she has developed a highly particular style that accomplishes an intimate portrayal of the characters she works with, through everyday stories in small-scale worlds. She works teaching in several universities, and is co-writer of the book: ‘Teorías del cine documental en Chile: 1957-1973’. Films: ‘La once’ (‘Tea time’), documentary feature in postproduction. ‘El salvavidas’ (‘The lifeguard’) documentary feature, world premier IDFA 2011. ‘Las peluqueras’ (‘The hairdressers’), fiction short, 2007.

Details of Twilight Of A Life can be found here: