Aidan Moffat, city slicker and pop provocateur has taken a crowbar to some of Scotland’s best loved folk songs, with mixed results. His mission to give the country’s centuries old oral tradition a makeover runs aground when the doyen of Scottish folk music Sheila Stewart tells him exactly what she thinks of his efforts. “I was disgusted”, she says. Not to be deterred, Aidan embarks on a countrywide tour to win hearts and minds for his new versions of the standards, replacing the traditional lyrics with bawdy blue verses. It raises more than a few grey eyebrows in the mixed audiences and he’s lucky to make it out of town without being lynched. In the end, his fondness for the now late Sheila Stewart is revealed in a wry speech from the stage in which he questions tradition and his right to mess with it. 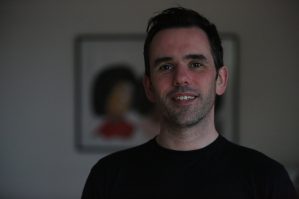