The Father, The Son And The Holy Jihad retraces the steps of the Ayachi family on their path to Jihad. A European family of Muslim confession, they live double lives because of their tragic involvement in the fight for the Middle East, a conflict that is now spilling over into the West. Talented director Stephane Malterre directs this current affairs documentary as cinema, combining a suspenseful narrative, powerful characters and exclusive footage shot in Syria, France and Belgium. 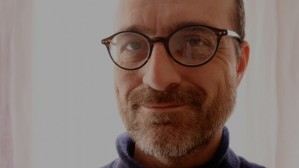 Stéphane Malterre, after obtaining a master’s in linguistics in 1994 at the Paris X Univeristy, he became a free-lance journalist for newspapers and performed investigations, reports and chronicles (of cinema and literature) for l’Express, France-Soir, L’Evénement, l’Optimum, and Upstreet. Drawn to fieldwork and capturing video, in 2002 he took an intensive 4-month training program to become a video journalist.