Shanghai artist and puppet master Maleonn has a great pedigree: 200 000 people have passed through his mobile photo studio where he ‘places’ them in planes or boats or gardens via his elaborately constructed fantastical contexts – his imagination seems unlimited. His latest project is personal, a play about a time machine that a son constructs to help his elderly father access memories that the years and illness have erased. Maleonn’s own father spent 50 years as Director with the Shanghai Opera but now can’t recall details of the productions he directed, so, as Maleonn and his group toil to perfect their creation, Maleonn’s mother takes the strain as her husband’s principal carer. The play itself is unbelievably beautiful with a tenderness that plays a foil to the soaring fantasy of time travel and youth revisited in the gigantic clattering, whirring, flapping contraption that Maleonn offers his father

Yang SUN is a documentary director and cameraman based in Beijing. He was on staff at China’s Central Newsreel and Documentary Film Studio, making documentaries for broadcasters including CCTV, Youku and the Travel Channel. He has directed several short and mid-length documentaries, including THE SECOND ALBUM, AKEN, BACKPACKERS FOR 10 YEARS, AFTER HE ROSE TO FAME, as well as the ten-part series TAKE ME TO TRAVEL. He worked as a director of photography on A CENTURY WITH NANJING, CENTURY MASTER, and SOUTH OF THE OCEAN. Sun Yang holds a Master’s degree from the School of Television and Film Art at the Communication University of China. OUR TIME MACHINE will be his first feature-length Documentary.

S. Leo Chiang is a Taiwanese-American filmmaker based in San Francisco and Taipei. His documentary, MR. CAO GOES TO WASHINGTON, won the Inspiration Award at the 2012 Full Frame Documentary Festival. His previous film, Emmy® Award-nominated A VILLAGE CALLED VERSAILLES, picked up eight awards and aired on the American PBS series, Independent Lens. Leo’s work has received funding support from the Sundance Documentary Fund, the Tribeca Film Institute, and ITVS. He also collaborates with other documentarians as editor and a cameraman. Leo received a MFA in film production from University of Southern California. He is the co-founder of A-Doc, the Asian American Documentary Network, and a documentary branch member of the Academy of Motion Pictures
and Sciences. 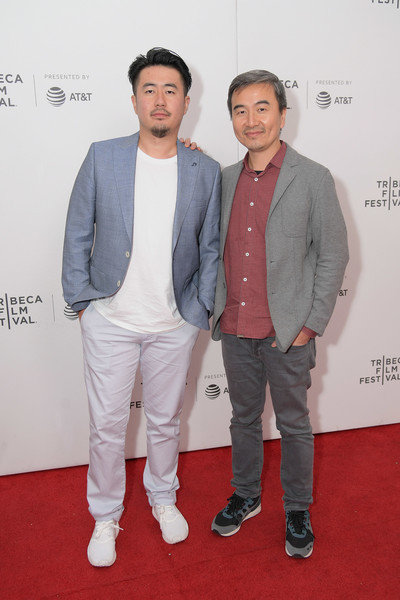