Imagine a wall of 500 loudspeakers, ten metres tall. Imagine a band so charismatic that followers would fill a 60,000 seat stadium, fans so devoted they would follow the band all year, for twenty years; imagine Woodstock in 1969 – imagine the Grateful Dead. Drawn into the counter-culture by the influence of the beat poets, the band quickly gained a following of hippies as the establishment called them – the wave of young people trying to find traction in a country in transition, a country mired in the Vietnam War. Defying categorisation, denying all forms of leadership and demanding the freedom to experiment, the Grateful Dead changed the landscape of popular music forever.

Thoroughly engrossing at times funny, moving and trippy, Long Strange Trip and its population of weird and wonderful characters, led by the musical genius that was Jerry Garcia, is set to satisfy the most ardent of Dead Heads and win the hearts of a legion of new fans, who, until now, may not even have heard of them. 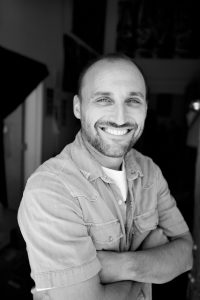 Amir Bar-Lev is the acclaimed documentary director of Happy Valley;   The Concert for Sandy Relief;  Re:Generation;  The Tillman Story ; and My Kid Could Paint That;  which have collectively garnered him some of the film industry’s highest honours and widespread critical praise. He also served as co-producer on the Academy Award Nominated Documentary, Trouble the Water.