Owen Suskind’s mind map is about Disney, and that hasn’t changed much for twenty years. Autism arrived when Owen was about three and stayed; through the growing spurt that would have had him tying his laces, gaining language proficiency and other social skills.   What no-one realised was that Owen was developing, but through the proxy life of Disney characters he’d encountered on-screen; so if you weren’t a genie. or a mouse, or a bear, you couldn’t reach him. By absolute chance his father discovered that through using dialogue from the animated movies, Owen was able to express a personal idea or emotion. But could Disney characters advance him in the real world? Indeed: studying, having a girlfriend, coping with traffic were all skills he later learnt via those charming animated stories we all grew up with. It’s a magical story about magical stories. 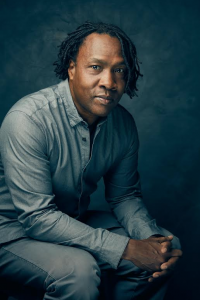 The first film that Roger Ross Williams directed and produced was Music by Prudence, which won the 2010 Academy Award for documentary short subject, the first African American director to win an Academy Award. Life, Animated is his second feature documentary, which premiered at the 2016 Sundance Film Festival. Williams serves on the Alumni Advisory Board of the Sundance Institute. He frequently mentors filmmakers from the developing world and under-represented communities on how to channel personal adversity into their art.