Darcy Alexandra, an American writer, ethnographer and documentary filmmaker met and fell in love at the third Guth Gafa International Documentary Film Festival in Gortahork in 2008.

They spoke about this meeting when they returned to the 2015 Guth Gafa at Headfort House.

Reto, who had previously worked with Guth Gafa founders, David Rane and Neasa Ní Chianáin, is also founder member of the festival.

“I was there in 2006, the year of the first festival and I became one of the festival team and helped to programme films, and select events that we could organise together.

He believes what makes Guth Gafa unique is that it is a non- competitive curated festival, which allows filmmakers the opportunity to meet and socalise freely with other filmmakers and audiences over the course of a weekend.

Darcy had moved to Ireland from the US in 2008 and was working on a film project with the Forum on Migration and Communication on asylum seekers and undocumented migrants in Ireland.

“One of my friends told me ‘you have to go to Guth Gafa, It’s a really lovely festival and the only exclusive documentary festival in Ireland’. “At that time it was in Donegal and I was really excited to go so I put my films in and we were delighted when we were selected.

But she admits that she hadn’t imagined at all, that she might meet her soul mate there!

“I think one of the first persons I met was Reto. He came walking across the foyer. He was gorgeous and he welcomed me and he was delightful.

“That was the beginning of the relationship with Reto and also with Guth Gafa because I have met wonderful people at the festival.”

As for the relationship:

“The collaboration is going excellently. We are very grateful to Guth Gafa and to Ireland for having met here, she says.

“And we have been married for five years,” adds Reto! 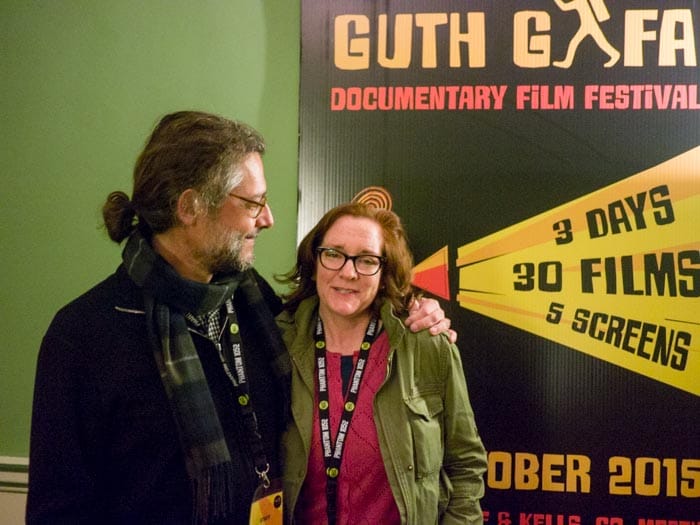