Detained is an absorbing observation from within a Swedish immigration detention centre for rejected asylum seekers. The film follows detainees and staff over the course of a summer. A mother separated from her children faces deportation, a young man waits for his life to begin, and staff members struggle with the impersonal bureaucracy required of their job.

With great sensibility to its characters and environment, Detained depicts the silent psychological horror faced by those held in modern detention centres and questions this crucial, global phenomenon. 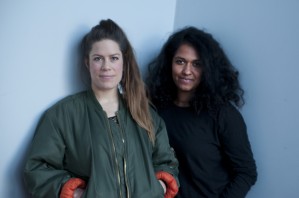 Shaon Chakraborty (right), born in 1982 in Bangladesh, is a filmmaker with her background in fine arts and photography.  Detained is her first documentary film, to which she also contributes as a still photographer. Chakraborty graduated from prestigious Nordic School of Photography in 2010. Since then she has been working as a freelance photo journalist and photographer for newspapers and magazines.