The multi-award winning All The Time In The World is an inspiring, humorous and family-friendly documentary that chronicles life’s natural unfolding when a family tries to live by the seasons instead of by the clock. Featuring the insights for three children (aged 10, 8 and 4), a family leaves the comforts of home to live for 9 months in the remote wilderness of the Canadian North. They spend the long northern winter living in a small cabin with no road access, no electricity, no internet and not a single watch or clock. 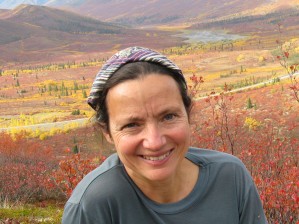 Suzanne Crocker, a Yukon filmmaker, switched careers from rural family physician to filmmaker in 2009. Her award winning short film Time Lines (2010) screened at film festivals in Canada, the US and Europe.  All The Time In The World, Suzanne Crocker’s first feature film, has been charming audiences around the world winning 20 festival awards including 9 Audience Choice Awards. The film won Most Popular Canadian Documentary at its World Premiere at the 2014 Vancouver International Film Festival and Top 20 Audience Picks at Hot Docs Film Festival in Toronto, the largest documentary film festival in North America.